Archive for the tag “Heimlich”

Come On Over For Some Booze, Steak and Abdominal Thrusts

There are some things I am good at, but there are many things at which I am a complete failure. As much as I have tried, I’ve been unable to bring in velour as a staple fabric for Men’s clothing, I cannot open a string cheese package to save my life (I now use a combination of various saws, pliers and a blow torch), and despite a concerted effort on my part, to this day nobody calls me Commodore. But, one day a few years ago, I did do something right. I successfully administered the Heimlich maneuver on a very good friend of mine when he was choking on a piece of steak.

It is not an uncommon practice for me to gather friends around and chew on chucks of meat while consuming alcohol, 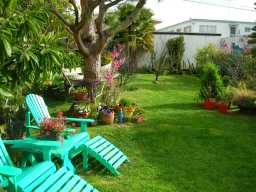 and thus it was on a sunny day in the backyard when my very good friend and a wonderful gent Big Joe Smith (Titanic to some…when he goes down he takes others with him) suddenly rose from the table, turned blueprint blue, and indicated that the ribeye had not found its rightful home. A clogged pipe it was.  So I sprang into action (anyone who knows me, knows I never ever spring into any action) and I got behind Big Joe, did the pointy thumb thing into his solar plexus (or there abouts), and let her rip. Out came a piece of steak the size of Mickey Rooney, which sailed across the yard at the speed of a Nike missile landing somewhere on Wilshire Blvd.  Joe seemed fine so we threw down more booze and ate more meat.

So what is the deal with the Heimlich? Well, Dr. Henry Heimlich lives in Cincinnati, and as of this writing he is 95 years old.  He is wierdly related to some very cool people (perhaps not). First of all, he is the uncle of Anson Williams, better known as “Potsie” from the 70’s TV show “Happy Days” and secondly, his father-in-law is ballroom-dancing entrepreneur Arthur Murray. (The

pressure on the first dance at their wedding had to be enormous.)  Hank first published his views on the Heimlich maneuver in June of 1974.  Shortly after that the Seattle Post-Intelligencer reported that a retired restaurant-owner used the

procedure to rescue a choking victim and since then it has been reported to have saved thousands of lives. From 1976 to 1985 the choking – rescue guidelines of the American Red Cross and the American Heart Association taught rescuers to first perform a series of back blows and if that didn’t work then use the Heimlich maneuver . From 1986 to 2005 the AHA and the ARC dropped the hard blows to the back and only recommended the Heimlich Maneuver.

But for some reason Doc H. hopped on the train to Wierdsville and believe me he made it to the

station on time. He started saying the HM was a good treatment for drownings and strongly recommended Malariotherapy (the deliberate infection of a person with benign malaria) to treat cancer, lyme disease, and HIV. His son Peter has a website which describes what he alleges to be his father’s “wide-ranging, unseen 50 year history of fraud.”  The American Heart Association ceased referring to the “Heimlich Maneuver” now refers to it as “abdominal thrusts” and the American Red Cross is also fazing out the name “Heimlich”. 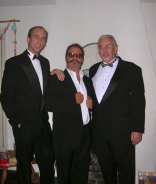 So who knows, soon old Doc Heimlich might drop off the face of the earth and with him goes his name connected to this mighty maneuver.  Perhaps a swift  kick to Big Joe’s undercarriage might have taken care of that Porterhouse and the maneuver was unnecessary.  So let us gather around and have a steak and booze session in our backyard, try to get meat stuck in our throats, fool around with some “abdominal thrusts” and some intense back pounding, maybe some good old self induced malaria, and see what really works. Who’s in? Groove.