Archive for the tag “Roy Rogers”

Did Dale know? What about Trigger?

It was a beautiful Sunday morning, crisp and clear, and I was drawn to the venerable Santa Monica pier. I wanted to check on my theory (still under investigation) that the pier fishermen who dress better, will catch more fish. It

is important when one ventures into that sector of this fair city that it is done early before the pier feels the roar of it’s juices, then proceeds to throw up on itself.

As Catalina lurked out at sea like a huge sleeping seal, I reminded myself that the island gave inspiration to the great screenwriter Robert Towne who wrote “Chinatown” at the Banning Hotel there at the Isthmus.  As I glanced north to the Pacific Palisades, I thought of Alan LeMay who wrote the book “The Searchers” which later became one of my favorite movies.  Alan wrote it from his small office behind the incorrigible “House of Lee” restaurant where I had spent hours swilling Cambodian Mules, Saucy Scorpion Bowls, and Rum Giggles.  (It was also at the House of Lee, as a young child that I was tricked by my family to take a bite of the tightly rolled hot towel thinking it was an exotic appetizer… I hope someday my trust level will return.)  The restaurant is long gone, 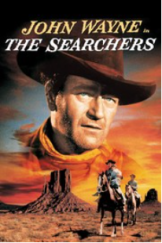 replaced by a soulless venue. But when you think of the H.O.L., think Trader Vic’s but without any semblance of class, filled with waiters who were incurably addicted to fumbling, whose clientele were sopped with both despair and elation depending on the hour, and was run by those who had an incredible tolerance for the uneven.  The movie “The Searchers” stared John Wayne, Ward Bond (both friends of my grandparents), Jeff Hunter (who lived in the Palisades) and of course a young Natalia Niko Laevna Zacharencho (also known as Natalie Wood).  The movie also has an interesting musical connection – after seeing the movie at the State Theatre in Lubbock, Texas and hearing John Wayne’s character utter “That will be the day” four times in the movie, a young Buddy Holly was inspired to write his number one hit of the same name.

Somehow this all brings me to the end of the Santa Monica pier, where the crust level increases and poorly dressed fishermen, whose hands shimmer with bait fish scales, have as much luck catching fish as a group of alley cats belting out a major cord on key.  A big smiley face with chiclets for teeth holds on to a fiddle in an old poster. His name is Spade

Cooley.  Spade was huge in his day as an American Western swing band leader, actor, and television personality – hitting it big in the 40’s and 50’s. He and his band battled Bob Wills and His Texas Playboys to be “King of the Western Swing”.  In 1948 he hosted his own variety show, broadcast on KTLA from the Santa Monica Pier Ballroom, thus according to some,

was the first variety show on television. His guests included Frankie Lane, Dinah Shore, Bob Hope, and the Chairman himself, Frank Sinatra. The Main Spade was very successful at the time, having brought in his future wife Ella Mae Evans (no relation to Dale) on vocals. He packed them in too – sometimes up to 8000 folks would come for the show and dance with their fellow bolo tie and boot crowd.  Spade gave his band members country names like Smokey Rodgers, Cactus Soldi and Pedro Depaul, even though the majority of them were cool city cats from Cleveland, Brooklyn and Milwaukee. It wasn’t till 1956 that Spade’s ratings suffered because of the new guy on TV, Lawrence Welk .

Spade bought a huge pad out in isolated Willow Springs, in the Antelope Valley, where he parked Ella Mae and the kids. After

seeing the success of Disneyland, Spade wanted to make a huge water park on his property called “Water Wonderland.”  That didn’t work out and Spade’s world started to unravel.  The marriage between he and Ella was going down the toilet due to Spade becoming a huge booze bag and the wandering eyes of both Spade and Ella. It all came to a head when Ella confessed to an affair with Roy Rodgers (did Dale know? Did Trigger know?) It was April 3, 1961, and Spade’s jealous rampages meant bad news for Mrs. Cooley. He beat her, interrogated her, burned her with his cigarettes, and eventually killed her. The authorities were called and the dark-souled Spade was sent to the Big House – found guilty of murder by his peers after using the old “fell in the shower” line to explain Ella’s beat up body and cig burns. (Has that “fell in the shower” excuse ever worked ?)

Spade was sent to San Quentin then to a softer Vacaville prison where he was a model prisoner.  Ron Reagan became governor of Cal in 1966, waved his magic wand, and Spade was going to be a free man. In 1969 the parole board voted unanimously to parole the country crooner effective on his 60th birthday. He did less than nine years for killing his wife. Four months before his release, Spade was granted a 4 day furlough to perform in Oakland at a benefit concert for the Sheriffs department. The crowd loved his performance and from the side of the stage he remarked “I think it’s all going to work out for me. I have a feeling that today is the first day of the rest of my life.”  WRONGO (my Dad’s saying) – Spade grabbed his chest, dropped his fiddle and fell dead at the age of 59 of a heart attack.

So what did we learn from a trip to the pier on a Sunday morn?  That Roy Rodgers was not as squeeky clean as his wife Dale Evans or his horse Trigger

had hoped,  that the ” fell in the shower” excuse never works (Greg Hardy), that you can call a Spade a spade, and that the theory that nicely dressed fishermen catch more fish is still being explored and tabulated. Groove.