Archive for the tag “Christmas music”

Jimmy Pierpont was a guy from the Boston area and like so many others, made a run for the gold in 1849 leaving his wife and kids for the California Gold Rush.  Jimmy tried mining and came up empty so he opened a photography studio in San Francisco, which like his mining career, went up in flames.  After failing at the Gold Rush, Jimmy returned to the East, grabbed 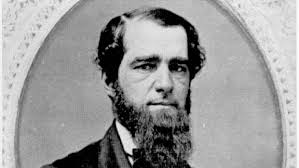 his wife and children and headed south, a wiser yet poorer man. Always handy with a song and known to tickle the ivories, Jimmy gave music lessons centering on the organ (this very organ currently resides at Florida State University and no doubt has brought inspiration to the many fine and upstanding scholar-athletes who have attended there.)  Trying his hand at song writing, Jimmy came up with a couple of danceable ditties “Ring the Bell, Fanny” and “The Know Nothing Polka” (perhaps you know them well?), but none of these caught on like his 1857 number “Jingle Bells” or as it was originally titled “The One Horse Open Sleigh.” (I call the song by its original title and I suggest you do the same.) Though originally written as a Thanksgiving song, somehow it found its way into the roasted chestnuts of our Christmas music lexicon forever.  “Jingle Bells” was the first song broadcasted from space in a Christmas themed prank from the great comedy team and Gemini 6 astronauts, Wally Schirra and Tommy Stafford.  On December 16th, 1965 they sent a report to Mission Control: “Gemini VII this is Gemini VI. We have an object, looks like a satellite going from north to south, up in a polar orbit. He’s in a very low trajectory traveling from north to south and has a very high climbing ratio. It looks like it might even be a …Very low…Looks like he might be reentering soon. Stand by…You might just let me try to pick up this thing. I see a command module and eight smaller modules in front. The pilot of the command module is wearing a red suit”  Then the astronauts produced a smuggled harmonica and sleigh bells (first musical instruments 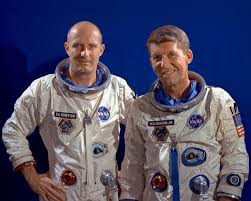 played in space) and broadcast their rendition of “Jingle Bells”.  Astronauts are known whimsicle jesters and great guys to throw down 7 or 8 Anejo and sodas with at the Shangri-La Hotel.  Next time the opportunity comes up, give it the nod.  Jimmy never made a lot of dough off “The One Horse Open Sleigh” though around the world it remains one of the most recognized and performed songs ever written.  Jimmy called it a day August 5th, 1893 in Winter Haven, Fla and was elected to the Songwriters’ Hall of Fame. But if he had lived long enough and things got bad, he always could have borrowed some scratch from his nephew J.P. (Pierpont) Morgan.

Next time you are headed out to Palm Springs and feeling a quart low, please stop at two or three of the 45 fast food arenas in the Banning, California sector. If done correctly you will leave this burg with a seaweed slippery glaze to your skin. But besides its wonderful name (Yes, I have been offered numerous political and military posts there – none that I have deemed appropriate….yet.) and the massive amount of fast food choices, the City of Banning has an odd claim to fame. The City Fathers say that the great Irving Berlin wrote “White Christmas” there while at the Briargate Lodge, a claim which I see no reason to doubt. (Those creeps down at the Arizona Biltmore have also raised their squeaky voices claiming the song was written there, and of course there is the laughable idea that he wrote it at his home in New York state.)   Irv Berlin was a Russian born (full name: Israel Isidore Baline) composer and lyricist who wrote some of the great ones: “Blue Skies”, “Putin’ on the Ritz”, “God Bless America” and a song that both my sisters have tortured me 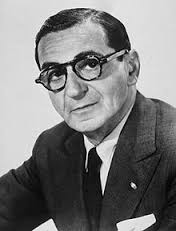 with “There is No Show Business Like Show Business” while thinking they were conjuring up the ghost of Ethel Merman, but in reality sounded more like the very dead ghost of a booze addled Ethel Mertz (wife of Fred.) But none of Irv’s hits were

close to “White Christmas” as far as popularity. The Bing Crosby version has sold over 50 million records, thus being the best-selling single of all time. Irv has another act that will never be topped: he is the only oscar award presenter and award winner to open the envelope and read his own name (for ” White Christmas” of course, from the movie “Holiday Inn” in 1942.) The awkwardness you could have hung Jimmy Pierpont’s organ on, so the powers that be at the academy will not let that happen again.

So there you have it. This year you might be humming “The One Horse Open Sleigh” to yourself as you look at a clear cool night and spy in the sky a command module with a fat guy in a red suit driving with eight smaller modules in front, or munching down on a triple cheese burger with mystery sauce dancing down your chin, slowly nodding your head to “Der Bingle’s” version of ” White Christmas”. As we get closer to wrapping up this eventful year please know in your heart that all of us here at GrooveCentralLA wish you and yours the very best holiday season. Oh and truth be told, my sisters do a wonderful “There’s No Business Like Show Business” and you should

request their rendition each and every time you see them (also available by phone and phone messaging ). Groove.